Skip to Content
Catherine, Martin, Dylan and Jack's Story
Positive living and learning for people with epilepsy and other complex needs

Jack was born 9 weeks early and suffered a bleed on the brain which left him brain damaged with hydrocephalus, quadriplegic cerebral palsy, visual impairment and ultimately, epilepsy. He turned our lives upside down. His first smile came at 4 months when he was still in hospital having his 3rd shunt put in. He went on to have 6. We knew he was a fighter and also a charmer from a very early age! He loves people, is incredibly empathetic – when you’re having a bad day, he will always say ‘you need a cuddle?’

In the early days, the medical, educational and social care we received was fantastic but sadly due to cuts in local services, support services he had access to, for example music therapy, started to be withdrawn. We didn’t see a speech therapist anymore and physiotherapy advice was limited to once a term. The biggest battle continues with equipment – wheelchair funding is woefully inadequate and all of Jack’s chairs have had to have massive fundraising efforts behind them. Luckily we are surrounded by supportive friends and family, there have been quiz nights, netball tournaments, friends running marathons, others (including Jack’s Dad, Martin) jumping out of planes, myself running a half marathon, cook books – you name it! We’ve done it …

Apart from the therapy battles above, getting support for carers has been a struggle. Respite care is another thing and the hardest thing has been watching Jack become more and more isolated within the community outside of school hours where there is no structure, nothing to do in the community that meets his needs. This breaks our hearts. Jack managed to attend a special needs centre within a mainstream setting in Cambridge which worked really well until he reached 16. After that, he attended a special needs 6th form which proved completely inadequate to support his needs, whether medical, educational or care. His seizures became worse, his anxiety went through the roof and a long battle ensued with the Local Authority to find a suitable setting.

I first came across St Elizabeth’s when I visited a college open day 3 years ago with a friend in a similar situation. I was blown away by the care and understanding of the staff and the facilities/opportunities – particularly in terms of vocational prospects. I went back again with Martin on his 50th birthday and we were both moved to tears watching the students presenting their achievements. We knew then that we would move heaven and earth to get Jack there. It actually happened even sooner when the Cambridge 6th form placement became a crisis situation and Jack joined St Elizabeth’s 6th form.

We have noticed a huge increase in Jack’s confidence since he started at the Centre. Jack still has seizures but they are so ‘normal’ at St E’s, he feels safe and protected so doesn’t worry like he used to. He loves learning and that is wonderful to see. He lost so much over the last 2 years with all the barriers he faced. He actually thanked me and Martin over the summer for sending him to St E’s. That’s just wonderful. And although he does struggle to socialise with young people his age, he is slowly making progress and talking about his friends at home.

He loves School - his learning is so well adapted to what he feels confident about. He also loves spending time in his house with his carers, chasing them around the grounds in his chair, going for walks and discussing social outings with his peer group.

I am already recommending St E’s to families in the same position – it is a place full of hope and optimism, a place where Jack’s dreams might actually come true. After years of struggling, the months of fighting were well worth the effort. 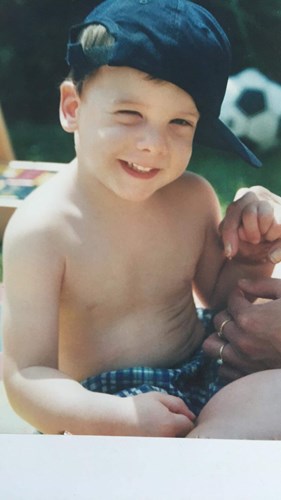