Skip to Content
Facts and Figures: Epilepsy, Autism and Complex Needs Positive living and learning for people with epilepsy and other complex needs

St Elizabeth’s supports children, young people and adults with learning disabilities, often caused or complicated by severe epilepsy, severe autism and/ or other complex medical conditions. The severity of their condition impacts on their learning, communication and mobility capacities and their dependency on others for their care and wellbeing.

Epilepsy is a group of neurological disorders characterised by recurrent epileptic seizures. Whilst some cases occur as the result of brain injury, stroke, brain tumours /infections, or birth defects, the cause of most cases of epilepsy (60%) is unknown; it can affect anyone, at any age, from any background and at any time.

Over 600,000 people in the UK have epilepsy – the equivalent of one in every 103 people. It is one of the most common serious neurological conditions – 87 new cases are diagnosed every day in the UK and an estimated 50 million people worldwide are classified as having epilepsy.

Seizures can be life threatening: some people can suffer up to 30 seizures a day and if a seizure happens during sleep, the risk of death can be very high. They are also at high risk of Sudden Unexpected Death in Epilepsy (SUDEP), when a person with epilepsy dies suddenly and unexpectedly with no obvious cause.

Around 1,100 people die of epilepsy related causes every year – around three a day – with 10% being children and young people under 25. SUDEP accounts for approximately half of all epilepsy related deaths and the risk of sudden death in young adults with epilepsy is increased 24-fold compared to sudden death within the general population. 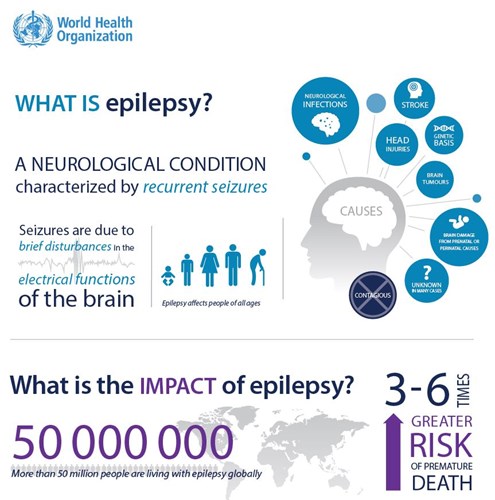 Whilst most people who have epilepsy are able to manage the condition with the right medication, around 20% can experience frequent uncontrolled seizures and will have associated ‘complex needs’, including:

As a consequence, those with severe epilepsy require continuous, dedicated and specialist support, even during the night, to ensure that they remain safe and happy, whilst also receiving the opportunities that ensure they can live their lives to the full.

That’s where St Elizabeth’s comes in. 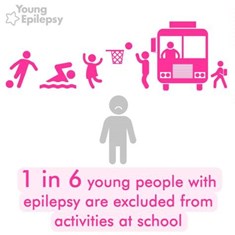 At St Elizabeth’s, across the whole of the Centre, 82% of our service-users have epilepsy. Some have very rare forms of epilepsy, including 14 with Dravet Syndrome, 13 with Lennox Gastaut Syndrome and 4 with Landau Klefner Syndrome.

For more information about epilepsy and the support available please see links below:

For First Aid information on how to respond to a seizure, click here. 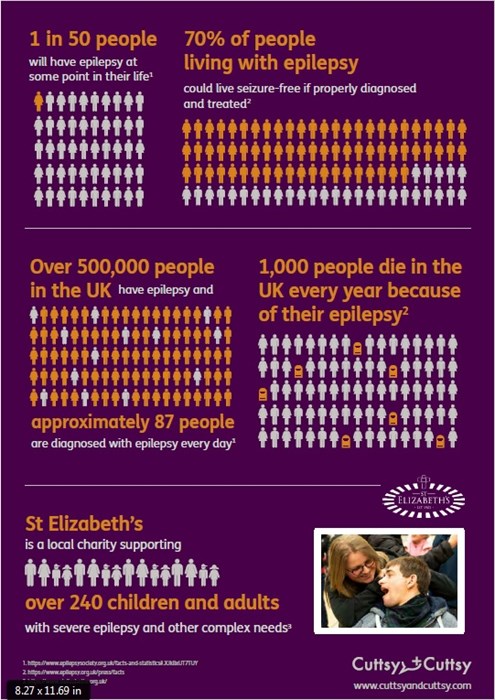 Autism spectrum disorder (ASD) is the name for a range of similar conditions, including Asperger syndrome, characterised by troubles with social interaction and communication, and by restricted and repetitive behaviour.

Approximately 1-in-every-100 people in the UK has ASD, with it occurring four-to-five times more often in boys than girls. Up to 50% of people with severe learning difficulties have an ASD.

Those with ASD frequently experience a range of cognitive, learning, emotional and behavioural problems, including Attention Deficit Hyperactivity Disorder (ADHD), anxiety, or depression. They tend to have problems with social interaction and communication.

The exact cause of ASD is unknown, but it's thought that several complex genetic and environmental factors are involved. Although no specific genes linked to ASD have been identified, it may be a presenting feature of some rare genetic syndromes, including Fragile X syndrome, Williams syndrome and Angelman syndrome. 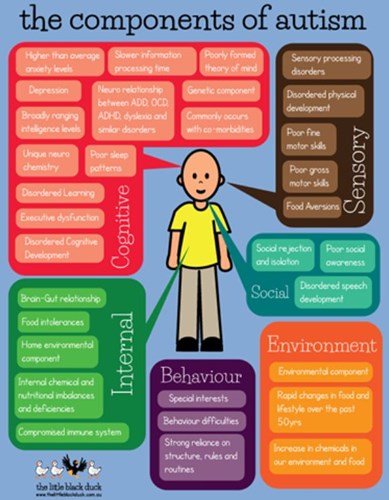 Severe Autism: ASD is a spectrum disorder, and each individual will be on a different point along that spectrum. Severe autism, or low-functioning autism, means that an individual needs a great deal of support – it is not unusual for a person with severe autism to require 24/7 support and supervision.

Some of the challenges facing someone with severe autism include:

As well as some available medications, some people with severe autism and challenging behaviours can be supported by:

For more information about autism and the support available please see links below: 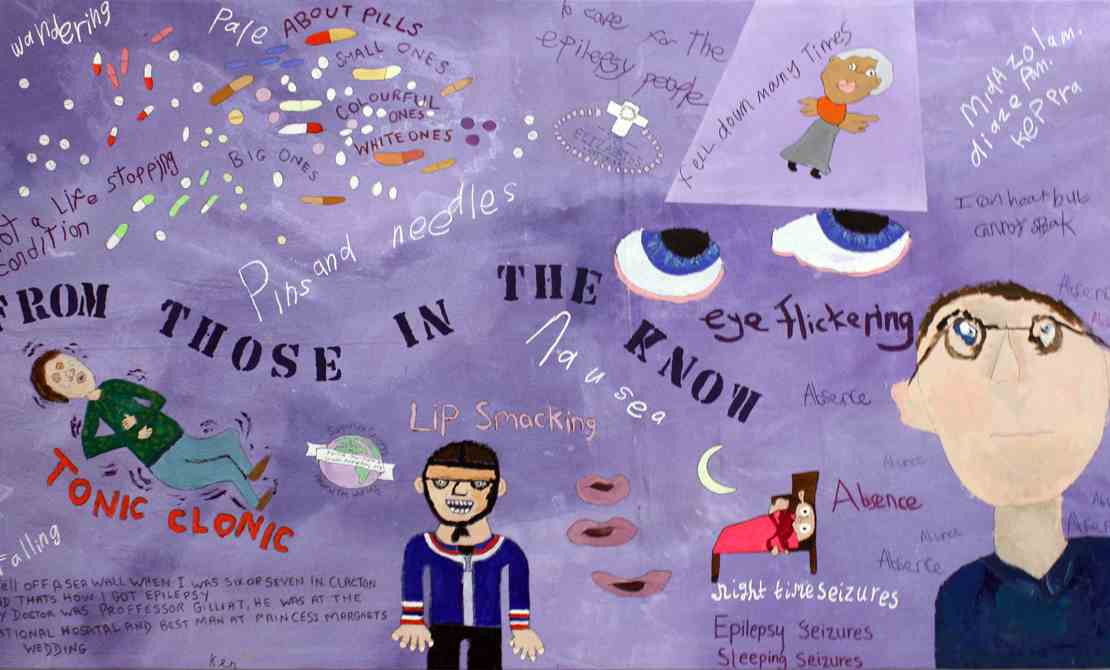